Oganihu Ebonyi, a Civil society group geared towards promotion of Good governance in Ebonyi State has stated that it is expedient that Ebonyi State shows solidarity with the Southern Governors Asaba Declaration in all ramifications, especially with regards to the Anti Open Grazing Law and VAT collection by States.

This was contained in a statement issued on Wednesday, signed by Dr Laz Ude Eze, the group’s Convener and seventeen others.

In the statement, the group enumerated her reasons for believing that it was in Ebonyi State’s best interest to align with the rest of Southern Nigeria.

The statement read as follows:

In what some experts have accurately termed Feeding-bottle Federalism, the current structure midwifed the emergence of ineffective and “lazy” states given to fiscal irresponsibility and profligacy; worsened by the country’s colonial origins and legacies of post-independence military regimes. Driven by the quest for social justice, Ogaihu Ebonyi believes that a new structure and fiscal regime are overdue and inevitable for shared progress and development.

On the recent Value Added Tax (VAT) “war” between states and the Federal Government (FG), we are mindful of subjudice but strongly opposed to the position of Ebonyi State Government, represented by Governor David Nweze. Umahi, that the status quo be maintained whereby the FG should continue to collect VAT and share to the states. Rather, we support the position of Southern Governors Forum (SGF) for states to collect VAT as a matter of constitutionality and subnational jurisdiction.

Moreso, we are worried about Governor Umahi’s penchant for ambiguous and unpopular opinions on topical national debates ostensibly orchestrated to misconstrue and undermine democratic practice and true federalism. We note with dismay what appears as spirited attempts to break ranks with his colleagues in the SGF on the resolutions of the Forum (Asaba Declaration) in May, earlier this year.

Historically, recall that in 2017, Ebonyi State Government was the first state that categorically opposed the idea of Local Government Autonomy – a principle/initiative widely acknowledged as a major intervention in reviving debilitated local government administration in the country – devolution of power. His basis was a wild claim that autonomy would plunge workers into economic hardship.

However, we agree that the Ebonyi State Government needs more capital flows (domestic and international) for social services and infrastructure provisioning. But it is also true that the state’s revenue allocations have progressively grown over the years from about NGN 400 million in 2000 to over NGN 3 billion every month and the state’s internally generated revenue (IGR) from NGN 2.3 billion (2011) to NGN 13.59 billion (2020) – representing 491 percent increase within a decade . This represents hope and progress, no matter the pace. As such, with committed political leadership, the capabilities of the state is limitless in terms of economic competition and survival.

Therefore, the narrative that Ebonyi will “collapse” under major disruptive but innovative reengineering of the polity is unfounded. The government needs to be more circumspect and responsible in resource deployment and utilisation. To substantiate, in 2019, the state government recruited 800 political aides to an additional 4,000 appointees during an era that governments around the globe were tasked with reducing the cost of governance in order to recover from the economic ruins imposed by the COVID-19 pandemic. As we know, large governments breed corruption and rent-seeking and ultimately inefficiency especially in polities when resource optimisation does not undergird policymaking.

Against this backdrop, we implore Governor Umahi to truthfully and dutifully rededicate himself to the resolutions and tenets of the Asaba Declaration. This includes the use of litigations where applicable to strengthen campaigns for structural and fiscal restructuring (true federalism). From the pattern/trend the country’s politics has evolved, we affirm that there is no better time to work for an equitable and just federation than now as espoused by the leadership of SGF.

Knowing that the road to hell is paved with good intentions, we urge Governor Umahi to stand down plans and narratives that could either jeopardise commitments to pursuing true federalism or instigate disunity in the SGF. For whatever reason, Ebonyians must not be cast in a bad light as overzealous elements, who do not honour gentleman pacts/covenants.

From anti-open grazing law to the collection of VAT by states, Ebonyi State must uphold solidarity and comradeship as encapsulated in the Asaba Declaration which represents the new beacon of hope for the actualisation of true federalism in Nigeria. Thus, personal calculations for power acquisition and consolidation must be subjected to the common good – interest of the state, Southern Nigeria and the country at large.

Oganihu Ebonyi Movement is a group of patriotic citizens of Ebonyi State origin who are leading community actions for sustainable development of the state. 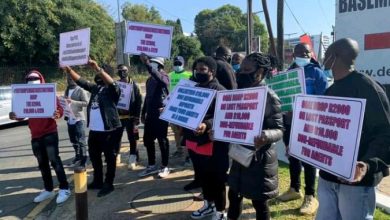 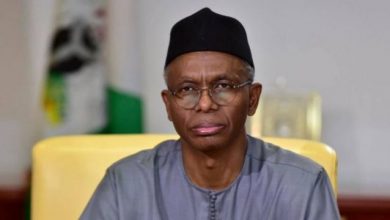 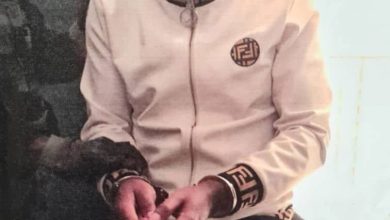 ABIA STATE GOVERNMENT SAYS KANU’S RIGHTS MUST BE PROTECTED AS HE IS INNOCENT UNTIL PROVEN GUILTY, URGES IPOB NOT TO FORCE PEOPLE TO SIT AT HOME