Most people felt the 80 man A-list committee headed by Dr Obiageli Ezekwesili was too large and unwise since “too many cooks spoil the broth”.
However, they should have asked who Soludo was cooking for, in the first place. From all indications, Soludo from his Pan-Igbo 80 man Transition Committee is cooking for the South-East, albeit the Igbo nation.

From his days as Director, African Institute for Applied Economics, Enugu, the Anambra Governor Elect has been a staunch advocate of Regional Integration.

Infact, by including his Igbo soul brothers from the South South such as Prof Pat Utomi and Mr Inno Isichei, Charlie Nwa Mgbafor, as a global player, is looking at the bigger picture of the Igbo nation; South East and beyond.

Gauging from the team he has assembled, he intends using Anambra State as a “Punta de partida”, a take off point for the regional integration of the South East, which past Igbo Governors have merely paid lip service to.

Indeed, this is what you get when you have a Presidential material, an international citizen, a national figure and a regional icon becoming a State Governor.

Certainly, Engr Sir Chris Okoye, the trail blazer of South East Regional Integration and originator of the South-East Nigeria Economic Commission(SENEC) will feel accomplished that a man who appreciates the econo-political importance of regional integration as well as the political will to do the NEEDFUL has emerged as Anambra State Governor.

Due to lack of political will, the South East Governors, for almost a decade, have never deemed it pertinent to resolve the legal hurdle  the Enugu Electricity Distribution Company (EEDC) has posed for the coming on stream of the Alaoji Power Station constructed by Nnaji’s company – Geometric Power Limited.

Prof Soludo has always insisted that the election of State Governors who can turn around the South-East economy should be the utmost thing in the Igbo political agenda.

Ala-Igbo, albeit Nigeria today is in a state of war,  we need Igbo Governors who have the proven capacity to be part of the renegotiation of Nigeria and who have the capacity based on a proven track record, to take their states to the the next level.

Therefore, one hopes that the other Igbo states should elect their own Soludos come 2023, as that is the best way to actualize REGIONAL INTEGRATION and form a bloc for the econo-political advancement of Ndigbo. 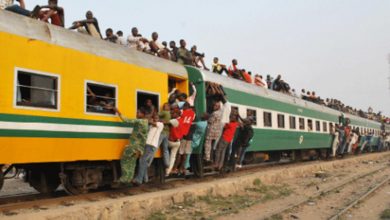