An Igbo Think Tank, Ududo Conclave has strongly condemned the statement from Chief Nnia Nwodo, a former President General, Ohanaeze Ndigbo claiming that President Muhammadu Buhari did not appoint any Igbo man as Service Chief, in the recent change of guards at the country’s top military echelon whereas the Chief of Defence Staff, Maj. Gen. Lucky E. Onyenuchea Irabor is an Igbo of the Midwestern stock.

“The attention of Ududo Conclave has been drawn to a mischievous statement made by the embattled immediate past President-General of Ohanaeze Ndigbo Chief John Nnia Nwodo. In the inglorious lines the former Minister was caught reprimanding President Muhammadu Buhari for not appointing an Igbo man in the newly constituted security super structure.
It should be recalled that President Buhari in the recently released list of security Chiefs, listed Gen. L. E. O. Irabor, an Igbo man of the Midwestern stock as the Chief of Defence Staff.

An act which has been receiving grand applause across the component states of the Igbo nation. Hence, it came as a jolt from the blues when Chief Nwodo attempted to spoil the party with an statement not endorsed by any right thinking Igbo at a time like this.
Ududo Conclave, having consulted widely, unanimously concluded that Chief Nnia Nwodo is no longer the President-General of Ohanaeze Ndigbo, and as such is not speaking for the Igbo nation.

That Nnia Nwodo is on a mission to destroy the fabrics of Igbo unity, so as to create fundamental problem for those coming after him and allow his infamous political associates free ride into Igboland in the preceding electoral adventure.
Nnia Nwodo should be cautioned from rushing out to make unguarded statements that affects the generality of the Igbo nation as he is no longer the mouthpiece of the people.
Our Anioma brothers should not feel slighted by the misadventure of a man who unwillingly loosed his grips on an office after failed manipulations and lobbying to stay tight failed.
We congratulate our dear brother Gen. L. E. O. Irabor on his new appointment, we believe he will make a great difference in the reviving the fortunes of the security super structure of the Nigerian state.
We salute the courage of Mr. President – Gen. Muhammadu Buhari for giving the Igbo nation a chance to meaningfully contribute to National advancement in such a strategic area as security. We still look forward to having an Igbo from the South East as a Service Chief in this dispensation.
Further unguarded statements from unauthorised quarters will be recanted with sanctions.”.

This statement from Odozi, the immediate past President, Ohanaeze FCT and an Igbo patriot from Agbor, in Defence of his Ika brother seems to have been necessitated by the social media campaign against Irabor.

Taking a cue from Nwodo’s ill informed statement, a dangerous propaganda is being spread online that Irabor is “A Muslim, married to a Muslim Katsina woman and that he built the biggest mosque in Agbor”.

Nwodo, in view of the fact that Irabor is an Ika Igbo and that Agbor people share such names as Irabor with Edo people, may have issued the statement in error. As such, he is expected to recant 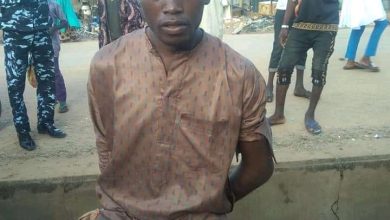 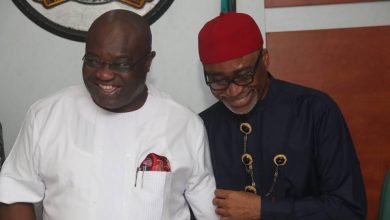 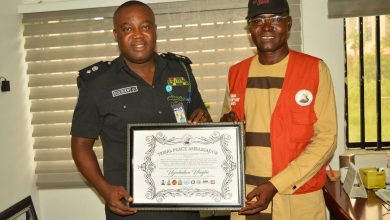